“One cannot think well, love well, and sleep well, if one has not dined well.” Virginia Woolf

True enough, FOOD is a vital part of our daily lives. Without food, one cannot survive this fast changing world. It’s made up of nutrients our body needs to maintain its healthy balance, thus making it a fundamental factor for survival.

I bet most of us love food; it’s one of the things we definitely cannot live without. The kind of food that we eat, its texture, flavor and aroma may have a great impact on our mood. Good food makes us feel much happier and satisfied. 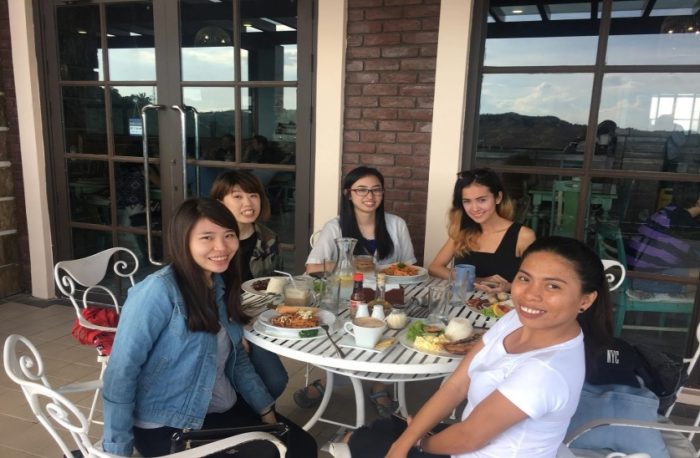 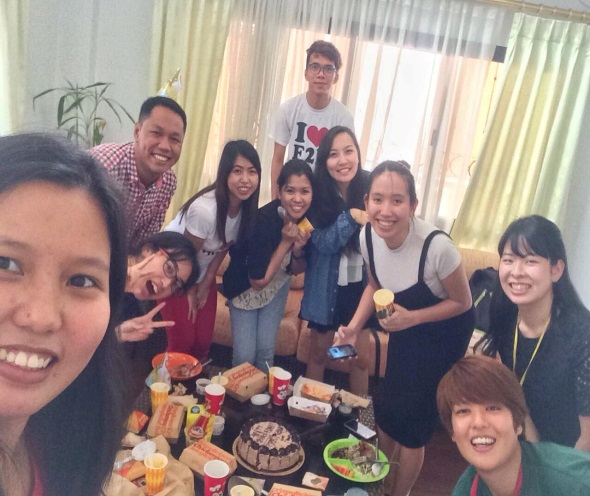 As what someone said:

Food is as important as gasoline to your bike.
as water to a plant.
as stroke to a guitar string.
as power to a computer.
as input to an output.

Whatever your nationality is, I think you would agree when I say…Food is Life! 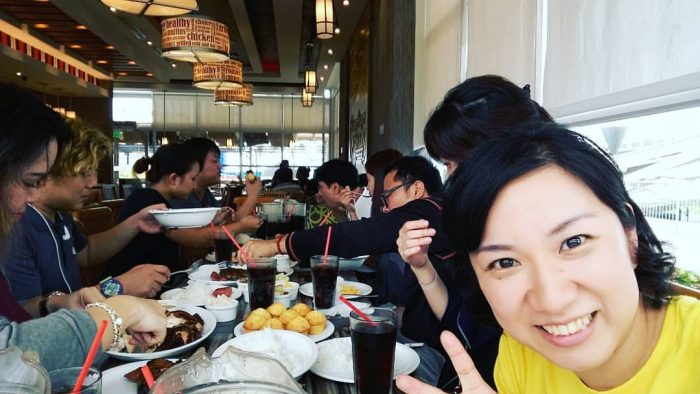 Each country offers its own ICONIC DISH, a staple part of every meal. From Spain’s Paella, Thailand’s Som Tam, Mexico’s Tacos, South Korea’s Kimchi, Japan’s Sushi and a lot more. The list just goes on and on. 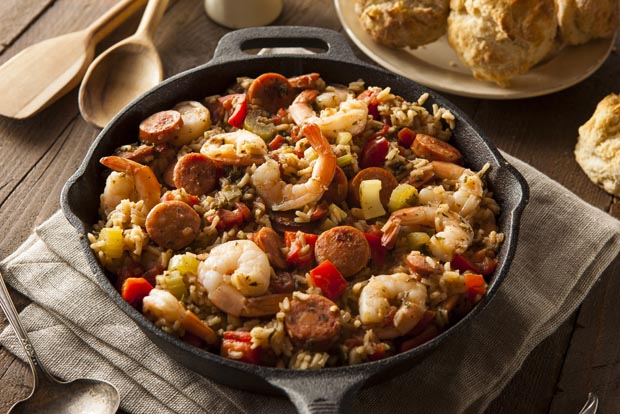 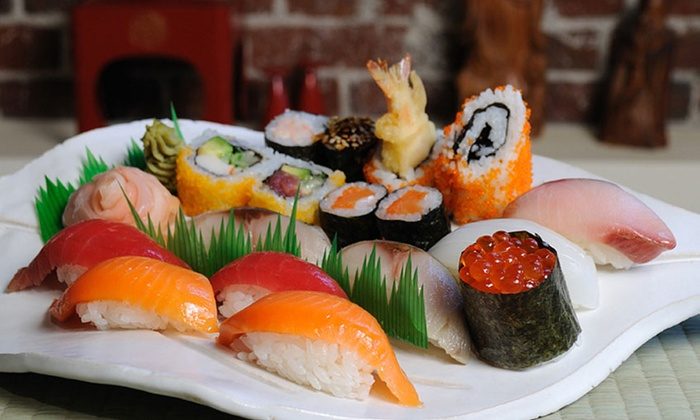 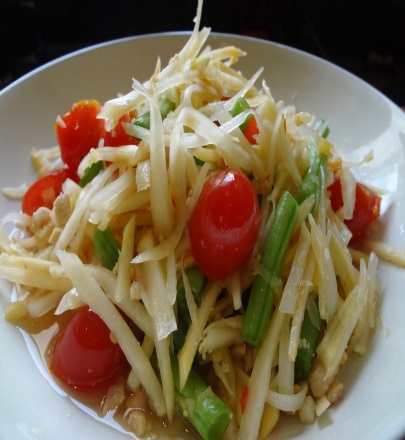 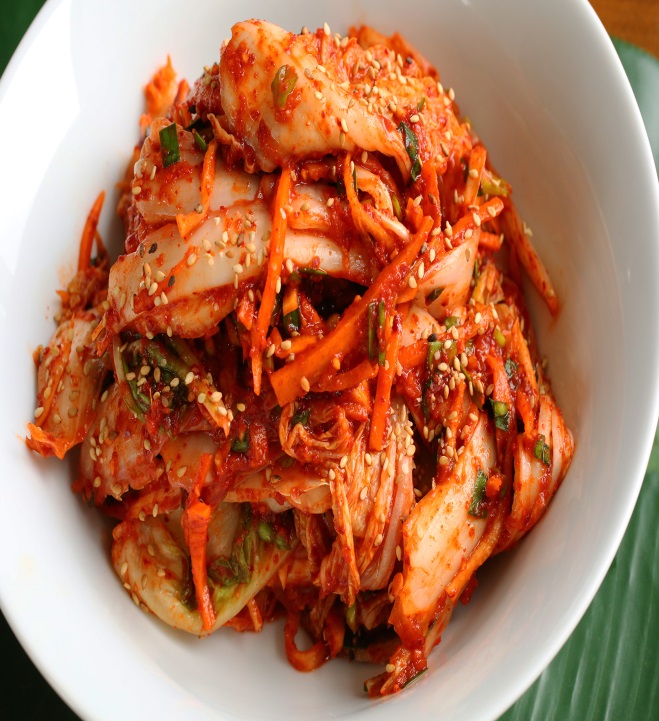 But wait…..Food is also a huge part of Filipino Culture, generations after generations. The reflection of the wide and varied culture adopted into the style of cooking which combines Eastern and western ideas

Still no idea of what am I talking about. Let me just give you glimpse on some of the popular dishes found in the pearl of the orient…the Philippines.

Staring off with ADOBO 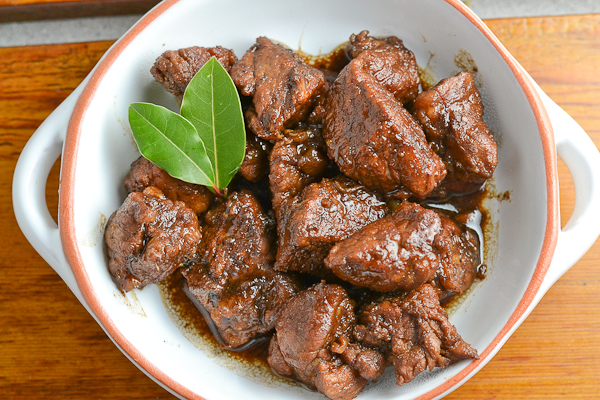 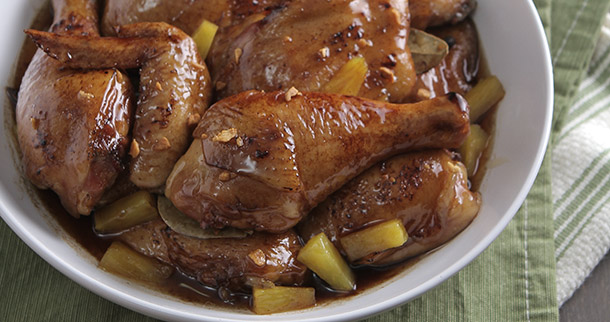 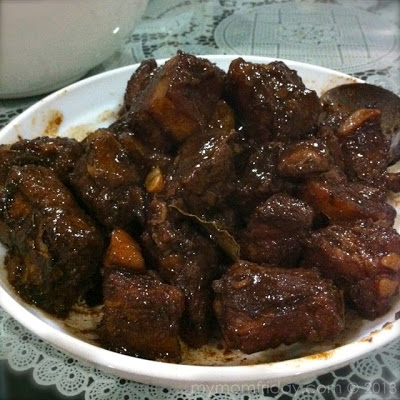 According to Wikipedia, Philippine Adobo (from Spanish adobar: “marinade,” “sauce” or “seasoning”) is a popular dish and cooking process in Philippine cuisine that involves meat, seafood, or vegetables marinated in vinegar, soy sauce, garlic, and black peppercorns, which is browned in oil, and simmered in the marinade. It has sometimes been considered as the unofficial national dish in the Philippines 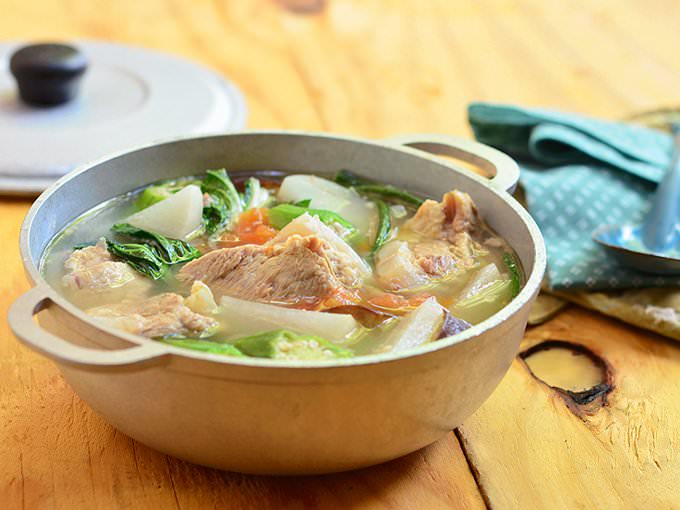 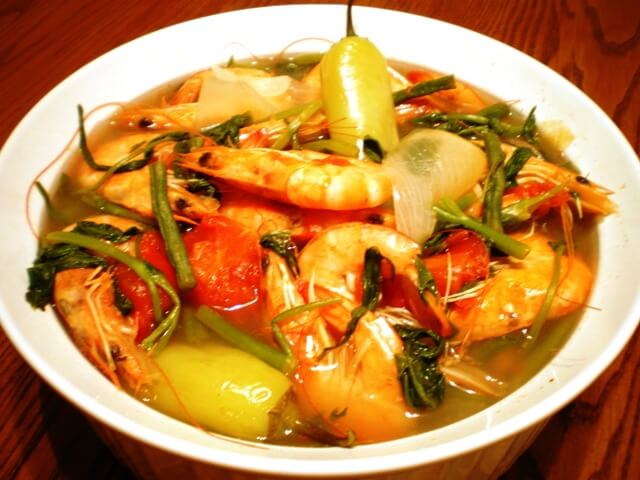 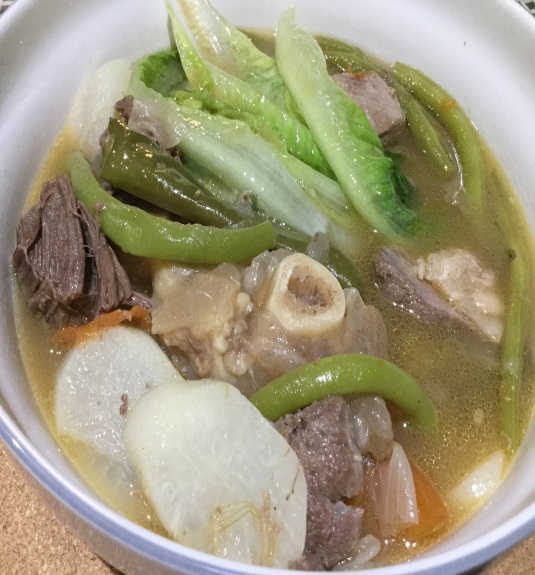 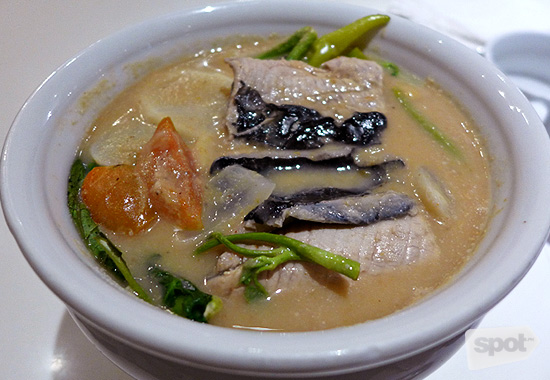 Sinigang is a Filipino soup or stew characterized by its sour and savoury taste most often associated with tamarind(Filipino: sampalok). It is one of the more popular viands in Philippine cuisine, and is related to the Malaysian dish singgang 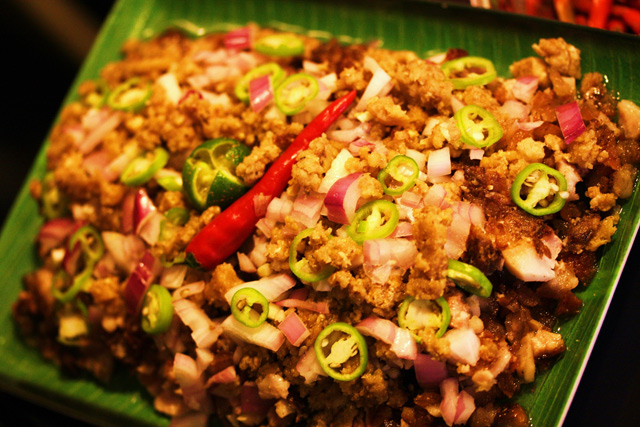 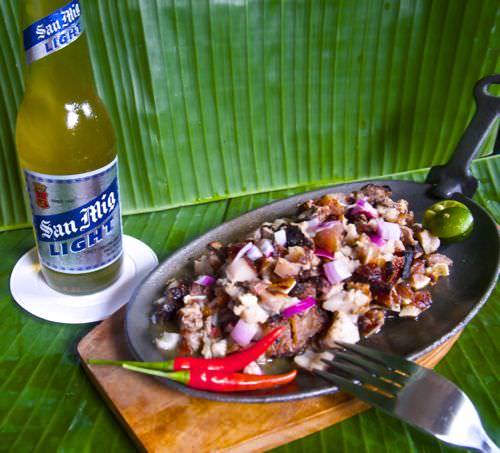 Sisig is a Filipino dish made from parts of pig head and liver, usually seasoned with calamansi and chili peppers.
It usually refers to fruits, often unripe or half-ripe, sometimes dipped in salt and vinegar. It also refers to a method of preparing fish and meat, especially pork, which is marinated in a sour liquid such as lemon juice or vinegar, then seasoned with salt, pepper and other spices.

And as for desserts……..Halo halo 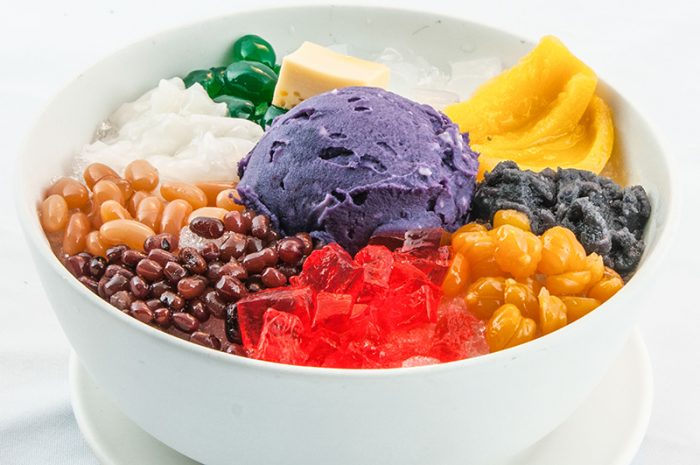 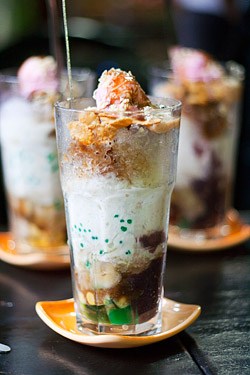 Haluhalo or Halo-halo (Tagalog: [haluˈhaloʔ], “mixed together”) is a popular Filipino dessert with mixtures of shaved ice and evaporated milk to which are added various ingredients, including boiled sweet beans, coconut, sago, gulaman (agar jelly), tubers and fruits. It is served in a tall glass or bowl. 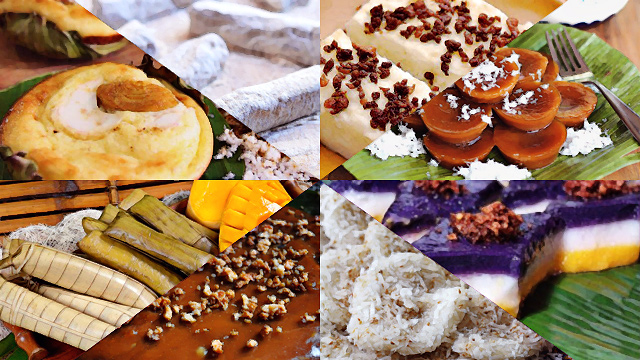 Kakanin or Native Delicacies are integral part of the Filipino food culture.
Uniquely Filipino, these are sweet munchies or sometimes desserts made from rice, sweet rice or root vegetables that are slow cooked and usually made with coconut or coconut milk. 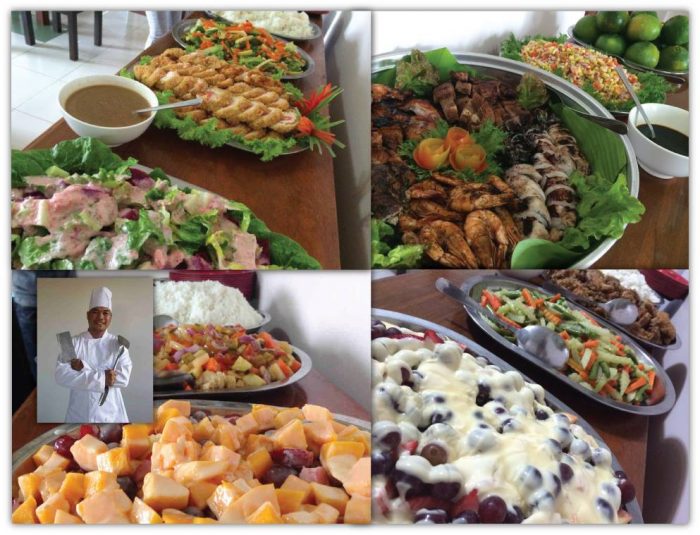 If your answer is YES, I suggest you get your bags ready and fly to the Philippines to explore and taste some of its traditional cuisine.

Have fun and enjoy eating!!!!