Teacher blog
Mondays at The Coffee Bean By Amber2019年9月23日

Drinking coffee is a very common past time here in the Philippines. Having been blessed with rich lands suitable for farming coffee, this bitter but oh so energizing drink has been a staple since the pre-Hispanic era. In modern times, coffee has been commercialized by the arrival of multinational companies, lead by Nestle. There are different types of coffee beans and various ways that they are brewed in several regions of the country. There has also been an abundance of coffee shops in the cities and major tourist destinations. Having said that, Tagaytay is one of the cities with the greatest number of cafes, both foreign and local. Starbucks and The Coffee Bean and Tea Leaf (CBTL) are the biggest coffee franchises in the country. Tagaytay has numerous branches of both companies but let’s focus on CBTL. 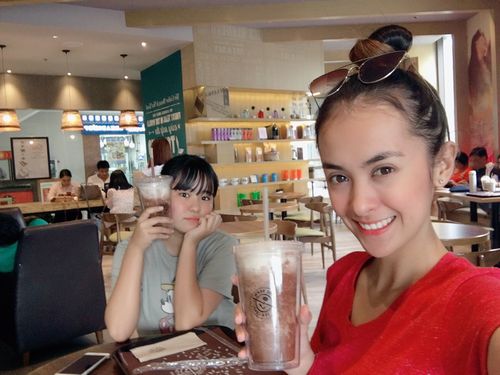 It has been a trend in recent years to drink iced coffee or smoothie-like, caffeine-infused drinks; which only makes sense in a tropical country like the Philippines. It’s one of the best ways to beat the heat while hanging out with friends and even while studying! F2F students and teachers sometimes visit these cafes for practical situation classes, group classes or just to find a nice place to relax. Due to the popularity of such beverages, many cafes introduced a promo that allows customers to purchase specialty drinks on certain days for a discounted price. Starbucks has “Grande Wednesdays” and not far behind is CBTL’s Monday specialties. CBTL offers “drink of the day” priced at 100 php for those who bring their own tumblers and at 125 php for those who don’t. Personally, I believe that this is a good way to promote recycling and lessen plastic or other non-biodegradable waste. 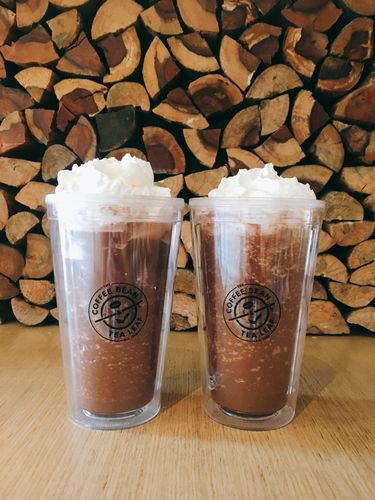 There are three branches of CBTL in Tagaytay: one in Ayala Mall, one in For a Mall and the most famous one is in Crosswinds on the way to People’s Park. The mall branches are open from 10 AM to 9 PM and the Crosswind branch is open from 8 AM to 9 PM. All of them offer free Wi-fi connection good for an hour and have their own “IG-worthy” spots. However, the Crosswinds location holds the title of being the most photogenic because of its exterior design.