According to psychologists, the hobby of collecting counteracts the stress of life; therefore, it helps people to maintain a positive and happy environment.

Humans like to collect antiques, work of art, cars, books, and even people. People collect people. Kidding aside.

My student Steve (not his real name) collects Spongebob printed items and clothes. In his childhood, he used to watch the said cartoon character with his friends and started collecting stuff since then. He describes Spongebob as not only an active yellow sponge, who lives underwater, but a lazy, kind of stupid and over-optimistic character. 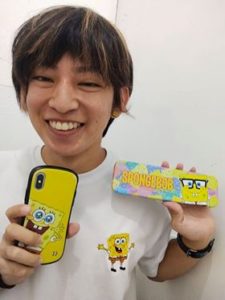 I believe my student was influenced by the character in many different ways. One of which is being optimistic, so he prefers not to worry and have a positive outlook in life. He is also a little lazy in studying, but when he decides to attend our class, I know he does his best. Just like Spongebob, who stop at nothing to accomplish a task.I also think that his collecting habit reminds him of his childhood, the happy childhood days. 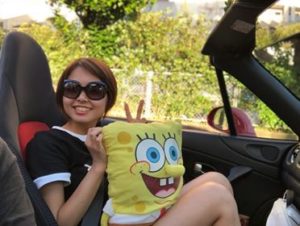 Steve’s girlfriend with his wide-eyed sponge

If being influenced by cartoon characters, make us better people, why not? If collecting put a smile on our faces, why not? So Start collecting and be happy! 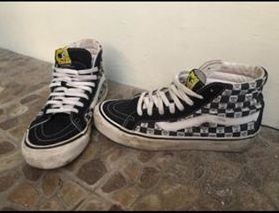 When all you need is a sponge to wash the dirt off a sponge shoes!