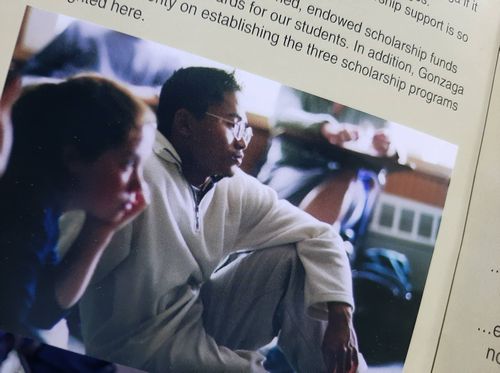 These days, motivation is in short supply when it comes to achieving our goals. We experience a barrage of pressure to perform, achieve, or to find our personal direction in life. Finding your place in the world is already overwhelming in and of itself, much less finding the motivation to do anything. Thus, as imperfect as I am, I will nonetheless impart some advice on how to stay motivated so that you may increase your chance in achieving your desired goal.

Aristotle once said that “We are what we repeatedly do. Excellence, then, is not an act, but a habit.” It’s so much easier to do something when you’ve set yourself into doing the small things that contribute to that excellence, or whatever desired goal you’re working for.

As an example, good oral care is easily maintained when you’ve established it as an automatic habit – most of us from an early age – that doesn’t require much mental or physical effort. Too many good teeth and nice smiles have been wasted resulting in bad oral and dental condition because of the failure to establish a simple, but critical habit. It’s so much easier to continue doing something when you’ve already been doing it. Thus, it becomes easier and automatic the longer you do it.

Do the Small Things Before They Become Big Things

I read this in both eastern and western philosophy books, and I have heard this advice in person from the late spiritual guru and life coach Wayne Dyer, who continues to influence me today long after his passing. This is wisdom that I have to constantly work on and remind myself about, especially when I’m under a lot of stress or overwhelmed by various factors in life. By doing simple or easier things first, I achieve small victories that motivate me to continue on my path and to go do something more challenging towards the desired goal. It helps me to overcome the feeling of defeat or stagnation, when I don’t feel I’m going anywhere in life or making inroads to a problem.

When I address the small things first, I don’t have to worry about doing them later on, which may serve as distractions. Ergo, I can focus on the more important or difficult things at hand. Par example, small things could be a small misunderstanding between you and another person that could potentially be a cause for a bad work environment, or a simple chore such as making sure the house is locked and the stove is off so that your house doesn’t blow up or get robbed.

Furthermore, it’s easier to do things when they are small; small as in a project deadline that is still far away, or an issue that may be minimally critical now, but may become problematic later on. When you chip away at a project, goal, or problem on a regular basis, then you are spreading the workload. You weaken the problem, and you get closer to your goal. Consequently, the more confident and motivated you become. Think of this as the “ant approach”. Individual ants are small, but all their tiny effort add up as a group, and they are able to accomplish big things and solve huge problems, including surviving physical obstacles of water and other elements.

Just Do it – The Nike Approach

My third advice hails from the famous shoe brand, which took the idea from an Egyptian goddess that represent victory – Nike. Sometimes, we are guilty of analyzing something too much for too long that we fail to come to a decision and act. Some people call this “analysis paralysis”. After careful analysis, we must come to a conclusion. This is because we don’t have forever. We must realize that we can never have all the information in the world.

In a sense, we just have to stop asking people how cold the water is, and jump in and see for ourselves. We must prevent defeating ourselves so as to stop trying or trying first. Perhaps we may be surprised that the work we need to do is much easier than we think, or that we have the talent for it. We just over-complicate some things with what ifs and other mental barriers.

We cannot experience life fully, or learn much from it, if we keep standing in the sidelines watching the world go by, and we forget that we are going with it. Before you know it, years have gone by. Then you realize that you’re too old to do anything you wish you could’ve done, skills you could’ve learned, people you could’ve met, and places you could have seen; all because you’ve chosen by default to live a life of quiet desperation. You’ve made indecision and inaction your closest allies. So live your life to the best you can to become the best you can be. Just do it.